Have you heard the news? Amazon is stealthily targeting airports, interested in bringing their futuristic format of checkout-free stores to these crowded hubs in order to win business from busy time-crunched and hungry travelers. This strategic move is just another in a series of ways the online retail giant is shifting from their roots as a simple online bookseller into physical brick and mortar retail space, to capture a greater market share and more shoppers’ dollars.

With several of these locations already under the belt of Amazon, including in Chicago, San Francisco, Seattle, and more, let’s take a closer look at ways this move may or may not make sense, and what the future may hold for Amazon in your local airport. Here are 3 things to watch about the expansion of Amazon into airports. 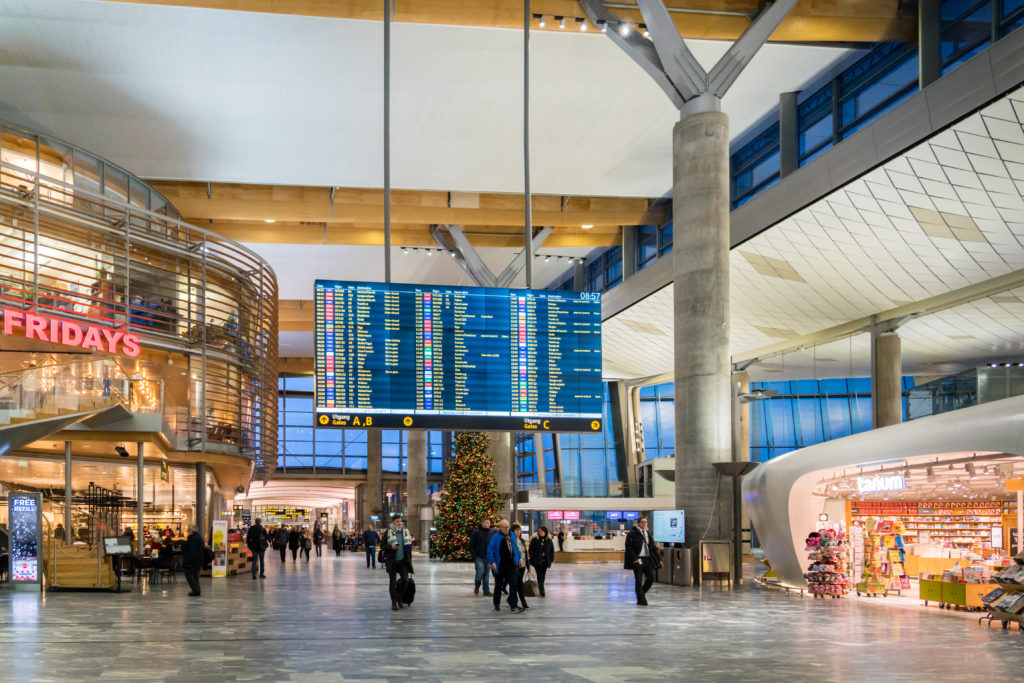 Airports may be a natural environment for Amazon.

While the idea may initially seem novel, airports could actually prove to be the perfect home for this futuristic concept. Neil Saunders, managing director of research firm GlobalData Retail, sums it up best: “One of the biggest problems at airports is that [people] are very busy and often very stressed, and there’s a real restriction on time. Its very interesting Amazon is looking to go there.”

The very setup of an Amazon Go store is a natural fit for travelers, complete with no checkout lines or even cashiers. Shoppers simply scan their phones at a turnstile upon entering, and then cameras and sensors help to keep track of which items shoppers put in their carts — and which they put back on the shelves. Once shoppers have everything they need, simply walk back out of the store, and their phones generate a receipt and a summary of their shopping experience.

There have been some concerns about how shoppers and their data are tracked.

The use of cameras and sensors understandably raised some eyebrows about how closely shoppers and their data would be tracked and used. Certain privacy experts cautioned potential shoppers that they may not even understand exactly how much of their personal information they would be giving away by shopping in these stores, and that Amazon has the ability to track more than just what you buy.

But it’s important to note that Amazon insists that their technology doesn’t use any type of facial recognition. Instead they rely on large codes on certain items that help cameras realize when they’ve been picked up, as well as a sophisticated system of weight sensors installed in shelves.

The future of Amazon in airports is unclear.

Some experts, including Ramon Lo, publisher of Airport Experience News, agree that the Amazon Go model is the perfect addition to today’s busy airports — especially in large hubs such as Atlanta, Houston, or Dallas — where big numbers of busy travelers are looking for something fast and efficient in between their connecting flights. But does this type of model make sense for smaller hubs with significantly less foot traffic? Maybe not.

Ryan Hamilton, a professor at Emory University’s Goizueta Business School, points out that Amazon Go stores need to factor in the hefty price tag of installing this type of sophisticated camera and sensor system — and then weigh it against the potential return from shoppers. And, while not hiring cashiers does take away a large portion of the traditional operating costs, this model may not always be a good fit where the number of travelers simply doesn’t warrant this type of investment.

There has been a buzz about new markets and where Amazon Go may go next, but the company has remained tight-lipped about the future plans for these types of shops. Still, don’t write off this savvy retailer anytime soon. Keep an eye out the next time you’re running through the airport — you might just be surprised at what you see.