Life science is not just that high school class you took in 10th grade. In fact, it is a flourishing industry and it has caught the attention of many prominent and budding CRE investors recently. The life and bio science industry has been steadily surging for some time now due to increased knowledge, funding and research in the scientific and medical fields. In fact studies show 79% of adults say “science has made life easier for most people and a majority is positive about science’s impact on the quality of healthcare, food and the environment.” So why are investors eyeing these properties? Let’s take a look. 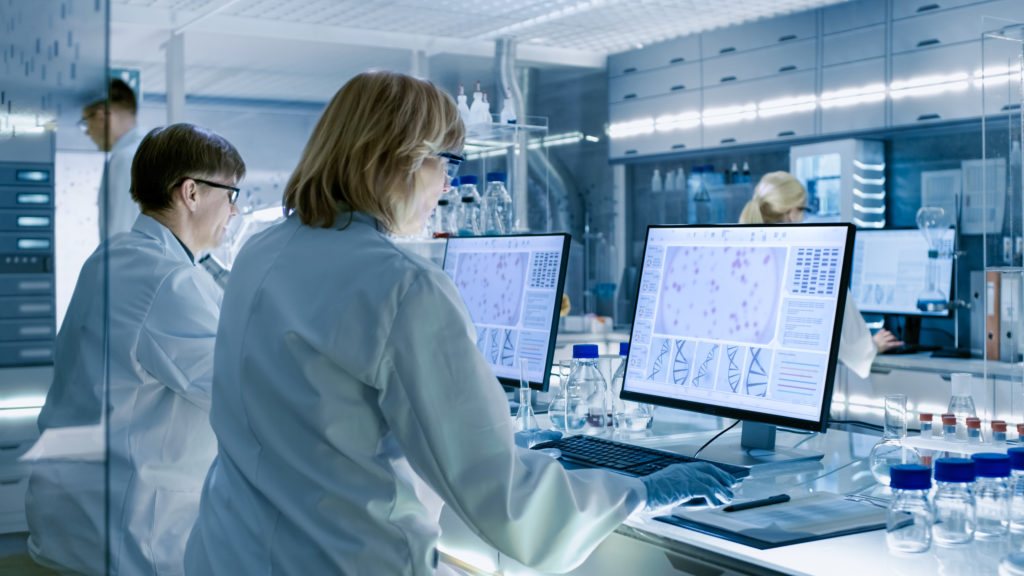 Female and Male Scientists Working on their Computers In Big Modern Laboratory. Various Shelves with Beakers, Chemicals and Different Technical Equipment is Visible.

Life science and biotech jobs are increasing at a steady rate. In recent years much of society has shifted into caring about scientific advancements in various fields such as, medical, nutritional, environmental and more. It has been recorded that “science holds an esteemed place among citizens and professionals. Americans recognize the accomplishments of scientists in key fields and, despite considerable dispute about the role of government in other realms, there is broad public support for government investment in scientific research.”

With this mindset, from now to 2026,  jobs are predicted to increase by 10%, a faster than average rate, and medical research will increase demand for workers. When investors see that an industry is steadily rising with no indication of plateauing anytime soon. it is normally a good industry to invest in early.

2. The Demand is High

Considering new innovations and jobs are opening incredibly frequently in this field, it is no surprise the demand is high. Growth has occurred in some of the most prominent cities including Boston, San Diego, Chicago, New York City and more. Vacancy rates for life science properties are remaining low. How low? It can fluctuate between 2-4% range, but in some cities like Cambridge, Massachusetts, for example, vacancies are virtually 0%.

In fact, rents in this city for scientific properties are on average $75/SF as per recent research. This is good news for developers and the investors who back them. Increasing supply in the slightest when demand is high can be a great move financially.

With the population of seniors growing, many diseases like cancer, HIV, and diabetes making headway in new medical advancements the need for lab spaces is critical in cities all over the country. One of the biggest reasons lab space has increased recently is the mapping of the complete human genome, and the specific advancements that have accompanied it. The price of mapping these genomes once cost millions of dollars, but with recent advancements, has dropped to around $1,000. This has resulted in expansive DNA research as well as medical and scientific advancements across multiple fronts.

The great thing about scientific advancements is that they build on each other, and one discover leads to the discovery of new things, which keep the market constantly evolving — a great thing for investors.